On my way to London on the train, I was surprised to hear a group of young women talking about executive pay – and in particular this BBC story about women being paid half the bonuses of men. Trains to London are fairly crowded – so leaning across the aisle, I asked them if they’d mind sharing their thoughts about ‘why’…..

The girls in question were 15 years old, and after realising that I was asking them for some serious feedback, and then some discussion they decided that women generally received lower bonuses because they “are more likely to take time off work to have children.”
As you might imagine this brought some attention from others on the train (not an easy task during commuter runs – most try to insulate themselves from the world). I pointed out that whilst that is undoubtedly true, this should only delay a career by the number of weeks/months/years taken out – and therefore should have no effect at all on male:female bonus awards. I asked did they have any other ideas.
“Maybe they are more likely to need to leave work early if there’s a problem with a child.”
Inside my head I was picturing myself reciting this exchange to a government inquiry.
I made the observation that either parent can perform that duty – and that most companies understand the occasional needs of family, and do their best to accommodate it.
Then I asked them about the women leaders they knew. No names were forthcoming. Head of Yahoo? I asked. No. What about IBM? No. Facebook? No. For once I was lost for words. These girls were smart, from a good school and sat discussing executive pay. But none had heard of Marissa Mayer, Ginni Rometty or Sheryl Sandberg.
I thanked them for their time, wrote down “Lean In – Sheryl Sandberg” on a piece of paper and handed it over with a suggestion to give it a go. 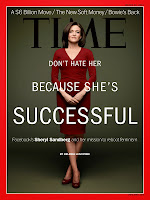 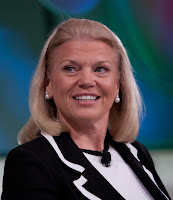 I’d love to know who students look to and admire, or aspire to be these days. At 15 years old, I wanted to be Gene Kranz, or Bob Crippen, or John Young. I thought that Steve Furber, Geoff Crammond and David Braben were amazing, and Michael J Fox in “Secret of My Success” was a genius. In school we learned about the economists, politicians and thought leaders of the day – surely that still happens?

I sincerely believe that we have a problem in our education system, and this issue needs to be addressed starting there. I plan to ask some of our local schools if they teach diversity in the classroom….watch this space.

_____________________________________
One more thing, I’m a numbers junkie. I love analysis, and two of my favourite quotes are these:
“There are lies, damned lies and statistics” – Unknown
“In God we trust; everyone else bring data” – W. Edwards Deming
The problems these two quotes cause with research (especially in this field) is dramatic. No two people are alike – so how can you possibly compare compensation across diverse groups? What other factors are in play?
But I did manage to obtain some data to investigate myself – and the facts were damning. No matter which way I cut the information, men were paid more (on average) than women. Same roles, experience, tenure, geographic location, ethnicity – I found that with very few exceptions men get paid far more than women, and the gap is far greater than that being reported in the press. Not good.
This needs to be fixed – and it needs to start with setting expectations in our schools and end with proper, responsible action within companies to address the issue.