Turn On Parental Controls – Do It Now

Do you have pornographic videos next to the TV in your house? How about magazines on the coffee table?

If this is acceptable in your house, then this blog is not for you.
If your children have access to any device with internet access they are likely to discover pornography quicker than you think. Their curiosity will get the better of them, and they’ll continue to seek new and different images and content to explore.
There are many articles written about the effect this has on young minds, and there appear to be two schools of thought;
1. Children need to learn these lessons for themselves – it’s part of the parental duty of trust to allow them to discover new things and with the proper parenting they know right from wrong.
2. The internet and search engine providers should block these things.
Rarely do I see an option 3 “Turn On Parental Controls”
For many years both Microsoft and Apple have provided their products with a quick switch to block the worst the internet has to offer (click on either company to see how). There are many applications for mobile devices which serve the same purpose  – and yet they don’t get used enough. 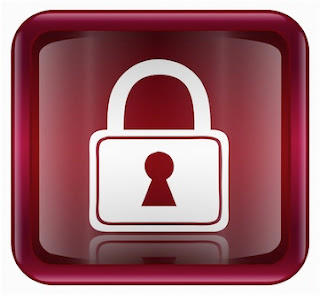 Option 1 is naive and unlikely. Think back to your own teenage years and the temptations you were offered. What was the worst thing you could find in the library, or the newsagent, or on video? I’ll be blatantly sexist here – and I apologise in advance, but I’d also suggest that boys are more likely than girls to be fascinated by pornography, and more likely to find ways to get it.
This means that Dad probably understands the attraction of porn to a teenager more than Mum which sets up a classic parental divide on whether or not parental controls should be switched on.
The content that can be found online bears no relationship at all to the widely available publications on the shelves of the newsagent.
Option 2 is a symptom of an ever increasing reliance on a ‘nanny state’ and absolves responsibility. You are responsible for your own children, not Google. If you bring a pornographic magazine into the house, and a child finds it – do you blame the newsagent, the publisher or yourself?
I have four children – from age 3 to 14. We have three computers in the house, a tablet and two smart phones. Parental controls are switched on.
Is it a pain in the neck to feed in the admin password for one time access to sites when the filters get it wrong? Of course. Do the kids ask for it to be turned off? Of course they do.
Last week my eldest son and I were talking. He explained that he felt I was snooping on him, and didn’t trust him because they were turned on. The snooping was by far the biggest issue.
I explained that before parental controls were switched on, then I was doing plenty of ‘snooping’, which I no longer do. What he does on his computer is private, but with parental controls on, it’s also within parameters that help ensure his safety (and that of the other children in the house).
Think that your child isn’t doing it? Or that they are imposing their own limits? Think again – I recently had this conversation with a friend who became curious and asked me to look at their sons computer.
I’m technical enough to get by deleted browsing histories, private browsing limitations and all the typical stuff that teenagers share to try and hide behaviour. So I opened up a hidden directory showing screenshots of the last few months of activity. To say my friend was shocked was an understatement – he called his wife to look, and the parental controls went on immediately.
Their 12 year old son may have been ‘exploring’ but he was doing it almost exclusively and had found things online that would shock anybody. I think mum and dad were expecting a few topless shots, or even some couples demonstrating how babies are made in creative ways…..not the hardest of hardcore stuff involving lots of people, all bodily functions, animals, dungeons and worse.
If you know someone with tech expertise who you trust, why not ask them to do the same?
But the chances are you don’t – so turn on the controls, and explain why. You’re doing it to protect, not snoop – yes, you’re likely to get some kick back if they’ve been enjoying unrestricted browsing for months or years, but you’re reducing the risk to your child.
Even better, when you’ve done so, share this with your friends – and if enough people do then it will be seen as ‘normal’ instead of ‘strict’ behaviour.