No such thing as negative publicity? I’m not sure about that, but the antics of Miley Cyrus this week certainly ‘thrust’ the issue of appropriate behaviour to the forefront of the public eye. I couldn’t agree more with the excellent open letter to her daughter from Kim Keller which went viral last week. 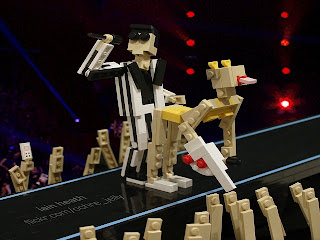 One question I don’t see being answered, is what kind of expectation drove this behaviour? We’ve seen the increased sexualisation of music video and stage performance on everything from the X-Factor to the music screens at the local sports centre – and it’s forced some conversations with our children that we’d rather have left for a few more years.

In the case of the ‘Twerking’ and tongue antics of Hannah Montana (which is how my 9 year old daughter sees her) – it certainly achieved her desire of headline grabbing, ongoing media attention and album promotion.

(No, we are not expecting MTV to be family viewing, but the news media so extensively covered her antics that shielding our kids from it became an impossibility – want to know why? – A brilliant satire piece here explains how CNN may or may not see it)

As I endeavour to help people change workplace culture there are many instances where I find managers questioning the behaviour of their staff, or CEO’s questioning the way their divisions are working. 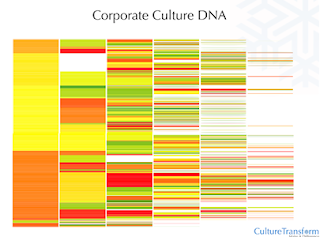 I recently provided a company with a ‘culture DNA’ sample – which clearly showed poor behaviour flowing through the ranks of several organisations (those ugly red blocks in the graphic) – yet it took several meetings, and a great deal more time than it should for the leadership team to recognise that one person can influence a team so greatly.

Just one chair slinging, tantrum throwing abuser can create a cancer within your organisation that will spread throughout a team, changing the behaviour of previously good leaders and tarnishing entire divisions.

Be quick not to reward that – or you will be seen as promoting it. This same lesson applies for any individual who blatantly flaunts your core values – whatever they may be.

Both of these statements are true, but are equally weak, simplistic and optimistic. They represent a view that lacks courage of conviction and acceptance of responsibility.

If you don’t want a sexualised society, then turn off the TV when something you object to appears. Don’t buy the products that are advertised in the commercial breaks. Don’t buy the produce of the artist. Don’t buy the newspaper or magazine with the suggestive cover or intrusive photograph. Even better, walk out of the shop that displays them. As cash flow slows, behaviour will change.

In the workplace it becomes more complex due to one overriding factor. Income.

In the first scenario, you are withholding expenditure from artists and companies you disagree with. In the workplace you are risking your income by standing up to poor behaviour – or are you?

Here are some things to think about….

Change happens one person at a time. If you want change to happen, make sure that person is you. The rewards will come – professionally and personally.

Do not compromise who you are for short term gain – a lesson that can be applied equally in the showbiz world as in the workplace.