By Mark Ellis
Posted November 25, 2013
In Bryan Adams, Culture, Everything I Do, One Direction
0
0

Bryan Adams’ “Everything I Do” was the first dance for my Wife and I as a married couple – and we still love it. It was nice to see it featured as the ‘#1 Power Ballad’ on the TV at the weekend, and with 85 million views on YouTube it’s clearly still popular.

Do you know the story of the song? I’ll bet you don’t. For those old enough to remember, it was the theme song to the 1991 movie “Robin Hood – Prince Of Thieves“.
Mr Adams was asked to write and perform the theme song, which he did – but when he presented it back to the film makers it was rejected. They wanted something full of harps and flutes – and didn’t take kindly to his interpretation. But in true rockstar fashion he told them to stick with making films and leave him to the music – then refused to rewrite it.
That’s why it doesn’t feature in the film until half way through the end credits.
It went on to spend 16 weeks at number 1 in the UK and sell over 1.5m copies, and became the biggest advertisement any movie had ever seen. Doh.
But there’s more…..when asked in 2002 by the singularly annoying Brian Conley if he now hated the song after all the popularity (and the ensuing negativity that seems to accompany all such success) he defended it passionately as being loved by the fans & loved by him.
So what’s that got to do with culture? Many, many things.
1. Love what you do. It’s important to be passionate about all things in life – including your professional life.
2. Listen to the experts. By all means have an opinion, but keep your ears open and hear what’s being said.
3. Don’t be negative about others and their achievements, it only makes you look stupid.
4. Don’t ask people to do things that clearly don’t fit their world view. Asking Bryan Adams to write a song with harps and flutes is like asking One Direction to cover Highway To Hell.
5. Embrace your inner rock star.
OK – kidding about the last one, but the rest are valid lessons………now I’m off back to my vinyl collection and the wedding video. 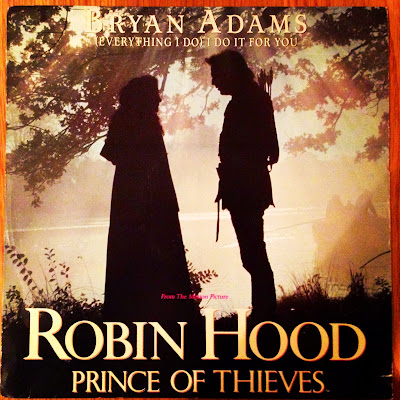