We do this so we can interact together as a family……TV and radio are OK after this time, but the use of gadgetry is forbidden except in extreme cases of homework.

“What ARE you doing now” she asked.
“Just checking my Twitter feed” I responded, “No big deal – look my Klout score has gone up.”

But it got me thinking about my own motivations, and I came to the slightly uncomfortable conclusion that although learning is my #1 reason for engaging through social media, I do have an additional motivation that is rooted firmly in the competitive. 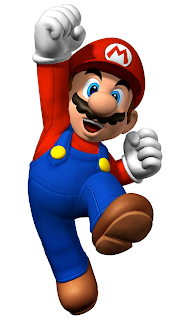 I measure my influence using Klout and Kred, look at my volume of retweets and how many followers I have on Twitter, and how many +1’s I get on Google+. I like it when the numbers go up, not so much when it goes down. I heard this behaviour recently alluded to as being like collecting coins on Super Mario Bros – repeatedly performing the same actions to gain points….

Of course, these mechanisms help us all tune our broadcasts to appeal to people, and highlight the things we do well – fundamentally measuring social influence allows us to play to our strengths and develop them.

I still hesitate to bring up gamification with clients though (a word still so new it keeps switching to ramification in this spell check – hmmmm…..) because the implications of the phrase hint towards the frivolous. The definition above doesn’t help a great deal either “exciting because it promises to make the hard stuff in life fun“.

But gamification IS an incredibly useful tool for boosting employee engagement – and it’s already being used widely, you probably just call it something else.

If you use any kind of internal social media – you are bringing elements to your workforce. It could be an internal portal with some message boards or community sites, Salesforce Chatter, Microsoft Yammer or a private LinkedIn group.

Any one of these allows for improvement in communications, better sharing of ideas, improvements in productivity and a greater feeling of involvement – and if that isn’t a dictionary definition for engagement, then I’m not sure what is.

BUT it also allows people to see what others are most interested in, to collect ‘likes’, or comments to their posts. It allows people to collect followers for groups they create, and delivers a level of recognition that is not dependent on rank or position – but rather on skills and expertise. The more you share, the more ‘points’ you get – the better the level of engagement and the more fulfilled the employee.

How about rewards and recognition within your company? Do you have a place to give public ‘shout outs’ to people? Gifts for work well done? Tenure awards?

Then you’re driving engagement through gamification – the simple act of giving is a powerful motivator, and recipients are being rewarded for the kind of behaviour that the company wants.

If you ever ran a competition within your company to come up with a new idea, or solve a company problem – then you started a game. Serious business benefits for sure – but allowing employees to suggest new things (and then acting on them), is a sure-fire way to build engagement from the ground up.

Don’t ever forget that the people making those suggestions probably know a lot more about the opportunities and issues than those at the executive level – and it takes effort to make their ideas public, so respect their risk.

So there are two other critical points to make here.

Firstly – gamification is not ‘on’ or ‘off’, it’s a graduated scale that can bring great benefit – especially if you recognise it’s power in improving employee engagement. In one company I worked with recently over 15% of the workforce were actively posting in the largest internal community – which also happened to be focussed on culture and business improvements. That’s over two thousand voices that were not being heard before.

Secondly – appreciating that those with the most ‘coins’ are likely the most engaged, it’s easy to find them, listen to them and develop them into even greater corporate assets – and that can only lead to increased success for your business.

Now – back to that Twitter feed to see how many extra followers I’ve picked up…….(sorry Wife)